Most often of not, it is not easy to have the immediate amount of engagement or the mechanism to trigger your consumer for an action. But, there are a lot of ways we can achieve so depending on the kind of promotion or the product that we are selling. In this case, music being an integral part of our lives is a good boost to trigger music fans for an action. Billboard Magazine wants to reward real music fans. They created a magazine dispenser machine that would instantly reward you with a free magazine. All you need to do is to prove that you are a fan of the artist on the cover of the magazine. How do you prove your devotion then? All you really need to do is to plug your phone to the machine. You don’t even need an app. The machine scans your library and almost instantly decides if you have at least 20 tracks of the artist on your phone. Then you either walk away with a free magazine or empty handed. 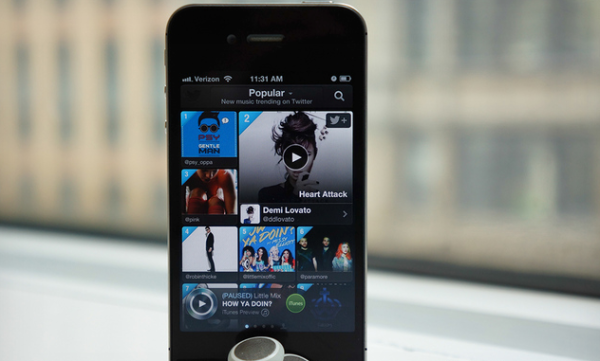 Music is an essential part of our daily mobile activities. As demand for music becomes mandatory, the increase in needs for better mobile devices like ear pieces and ear phones becomes an integral part of the mobile offerings. We see that there is both growth in hardware and software as the market booms. Hence, this has led to the music streaming industry’s popularity which is seen leveraging on the concept of music on the go. We see a lot of companies diving into this sector of the business. Twitter, being one of the later few to dwell into this business has been offering quite a bit to stay competitive. However, the Twitter #Music app not only did not make it to stardom, it was soon forgotten, plunging right down the abyss of the App Store. In an attempt to try and push it back into charts again, Twitter is updating the app with a few features. You can now choose from your favorite artist’s top tracks instead of being actually forced to listen to the tracks Twitter deemed suitable from an artist.

Twitter now scans your library of music and lets you see which musicians your favorite artists are following and help you find interesting listening material. This significantly increases listening potential for most users. Also, to add up the interest level even further, Twitter #Music now improve their search results by catering to your needs even further since it now scans your library of music. Phone base scanning has been part of the norm these days and people are getting so used to it that it almost does not strike on them the intrusion of privacy. Well, seems to me that Twitter is really trying to make this app work. I say, why not give this app a try? 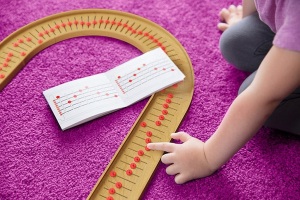 Nothing beats giving joy to young children and seeing the grin from their faces is extremely rewarding. Brazil-based industrial designer Ricardo Seola has invented a rather interesting toy. Using wooden materials, he made a train set that allow children to create music as they play. Amazingly, the train would educate the young ones about music as they play. He named his creation ‘Sound Track’. It aims to help children get to learn more about music while they are developing their motor skills. Every time the train passes through the teeth of the train tracks, it would produce music. New York based Quirky will be developing, producing and marketing this interesting toy. It is due to launch at the end of the year. Come to think about it, this could also be an ideal direct mailer for a toy retailer isn’t it?

“A toy that allowed children to discover for themselves how music was actually made.”  Seola 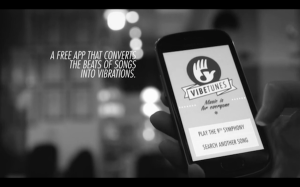 Everyone deserves the right to be perfect. We are all perfect in our own ways. Music has always been an integral part of life which brings along joy, peace and love. God gave us the biggest gift ever – Creativity. With that, nothing is impossible. Y&R, Bogota, Colombia, gave hope to deaf people but granting them the opportunity to feel music through an app that would transform song frequencies into vibrations. Thus allowing them to experience music in their very own unique way. As part of an effort to promote Cartagena Music Festival, it was created exclusively to communicate the message that music is for EVERYONE. With the proliferation of mobile apps in the market, there are only so few that are really doing the society a favor. And this app, definitely nail the brief on that. The app transforms the song frequencies into vibrations and allows for deaf people to feel the vibrations, providing an interesting auditory experience. That way, everyone can relish and enjoy music together.

Haha! This sure is a neat trick to pull an interesting way of filming a nice music video!